The DTM is a global tool used in over 72 countries to track and monitor mobile populations, through the analysis of information which is gathered through sampling from a population(s) of interest. For Trinidad and Tobago, this fourth annual instalment of the DTM Report captured and processed critical multi-layered information on the mobility, vulnerabilities, protection concerns and cross-sectoral needs of displaced Venezuelan migrants and refugees currently residing in the country. The DTM continues to be a relevant exercise given the unprecedented flows of Venezuelan migrants and refugees into Trinidad and Tobago. This mechanism also provides decision-makers and responders with timely and consistent feedback on a range of thematic areas.

Head of Office for IOM Port of Spain, Ms. Jewel Ali, during her virtual address to government partners at the launch of the DTM 2021 findings on Monday 21st February 2022, emphasized that:

“the continued challenges resulting from COVID-19 create both a delicate situation for countries experiencing migrant flows as well as another layer of vulnerability for migrants. The DTM may help us in understanding some of the factors which shape migrants’ decisions and the mobility trends, which are equally important. In the humanitarian context, the understanding of mobility in situations of crises is a major priority. The design of more effective humanitarian operations therefore relies on successfully adapting assistance to the evolving needs of migrants and refugees. This information can also then help governments mitigate and/or address the social, health and economic impacts the pandemic is having on the migrant and host communities.”

Ms. Ali further noted that the DTM will continue to be an invaluable tool for governments, NGOs, and UN Agencies as they respond to the evolving needs of communities affected by the crises around the world. “As IOM, we encourage governments to use this and other information to integrate migrants into national emergency response plans and into social protection mechanisms.”

A total of 1,376 Venezuelan migrants, over the age of 18 years, participated in DTM 2021. The data reflected that 77 per cent of the respondents were fully vaccinated against COVID-19, whilst 7 per cent had received one shot and 16 per cent were unvaccinated.

The data also informed that 51 per cent of the respondents felt discriminated against because of their nationality, which represented an eight-percentage points reduction from 2019 DTM.

The 2021 DTM exercise in Trinidad and Tobago commenced in August 2021 and was funded by the United States Department of State (USDOS) Bureau of Population, Refugees and Migration (PRM) and managed by the IOM. Additionally, the United Nations Children’s Fund (UNICEF) contributed financial and technical support to the initiative and has strategically collaborated with the IOM over the years.

The DTM 2021 report for TT can be viewed at the following link: Trinidad and Tobago — Monitoring Venezuelan Citizens Presence, Round 4 (December 2021) | Flow Monitoring (iom.int). 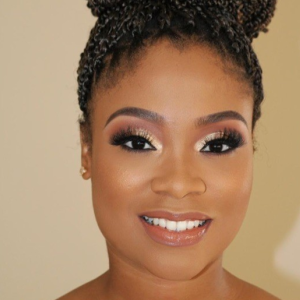