News You Can Use: Journalists Learn about the SDGs

After two years of virtual engagements, it was a delight to have members of the media come to the Resident Coordinator's Office for our first in-person event of 2022!

The United Nations Communications Group hosted a day-long media seminar on the Sustainable Development Goals (SDGs) and the work of the UN to support Trinidad and Tobago in achieving those goals.

Resident Coordinator a.i., Dennis Zulu, told the journalists their efforts to inform the public about the SDGs and their role as a blueprint for development cannot be understated:

The more context you have about the SDGs and T&T’s development path – where the country is along that journey and where it intends to go – the more knowledgeable the population will be, the more targeted the action they can take to play their role in advancing progress, and the more you can ask policymakers about the action they are taking to ensure development is fair, just, equitable and enjoyed by all, he said.

A total of ten UN agencies that operate in T&T delivered in-person and virtual presentations to explore the SDGs under their portfolios and the projects they have delivered to advance progress on these goals.

The media practitioners who attended were: 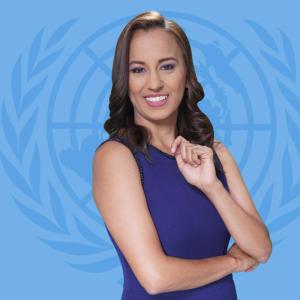